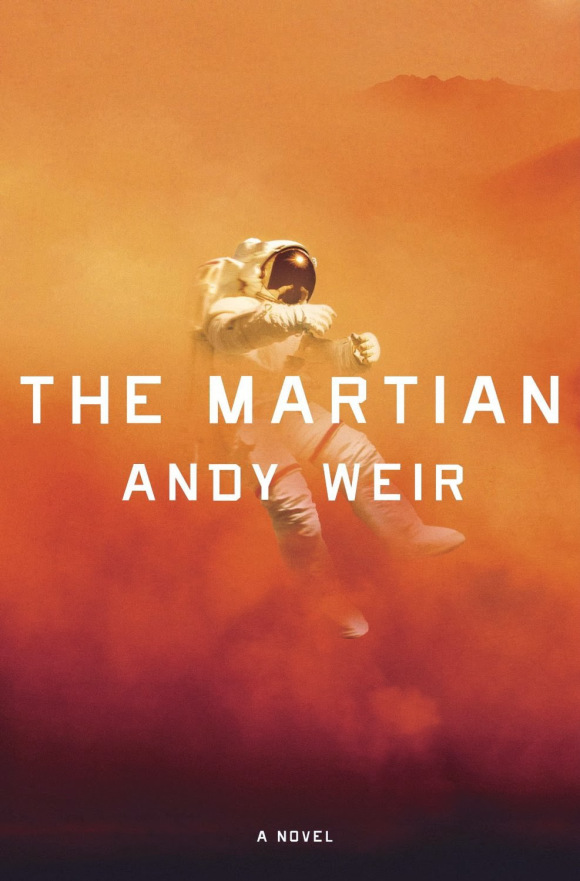 Originally posted on Geeks and Geeklets

Kid Friendly Rating: 13+ for some coarse language; however, there is enough realistic science in the book that I would hesitate to discourage any mature science-minded kids from reading it.

Synopsis: Astronaut Mark Watney was part of a NASA crew performing science experiments on the surface of Mars. Gravely injured in a freak sandstorm that forced an emergency evacuation of the crew, Watney was mistakenly left for dead. With his crew thousands of miles from the planet and unaware of his survival, Watney must use every ounce of his knowledge and resourcefulness to hold out for a rescue.

One of my favorite science-fiction authors is Arthur C. Clarke. In my mind, it’s not so much his exhilarating prose; it’s his thought-provoking ideas coupled with a solid grasp of current science and theoretical physics. Keeping one leg firmly rooted in the familiar, or at least moderately believable, adds extra layers to the story. Ah! How crazy would it be if I was seeing this on the news? What if it was me!? In a sense, Weir owes a debt of gratitude to Apollo 13. We don’t even have to wonder if something like this could happen. It already has happened, albeit on a much smaller scale. But where Weir could have done everything wrong, and instead hit the mark so well, is in the details.

First, Watney. Watney is an everyman. Instantly relatable as your wisecracking friend who is just a little bit off-kilter, but loveable for it. We follow Watney as he weaves his way through a cavalcade of obstacles, attacking each with MacGyver-like ingenuity.

Almost every problem seems plausible, and his solutions feel realistic, from generating/maintaining food, to replenishing oxygen, to attempts to communicate with NASA, to efforts to secure his rescue.

Don’t let the science deter you, though! This is an edge-of-your-seat page-turner in every aspect. The stakes are high, the prognosis is grim. It starts out with a bang, almost literally, and from there it is a rollercoaster ride of near-death experiences from front to back, with a gripping climax. Weir balances the stakes with Watney’s irreverent sense of humor for a really fun read.

An added benefit to reading this book now: It’s coming to theaters soon! Really soon. Like, October 2015 soon. So get reading, and see your new favorite book come to life! With Maaatt Daamon. No, he’s okay, right? He’s pretty good. Just forget that he was recently in space in Interstellar. And Elysium. He’s done other things, you guys.

If previews can be relied on, it looks like Hollywood has caught on to some of the more positive aspects of the book, as Damon’s Watney intones, “I’m gonna have to science the shit out of this.”

Final Thoughts: I enjoyed this book thoroughly, and I’ve encouraged many of my friends and family to give it a read. I have yet to hear a poor review! It rivals Dune and The Martian Chronicles for my favorite Mars-based book. I give it 4/5 stars.